I asked a question about planes with wingtip propellers on facebook and got some answers. 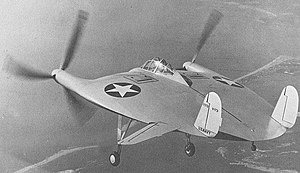 Alice - Electric Airplane.  Looks very efficient.  The 3rd engine for safety and takeoff but not cruise.

The NASA X-50 Maxwell has extra engines along the wing for short takeoff but for efficient cruise the plan it to just use the two on the wingtips.

This next one is the only RC airplane I have found so far with propellers at the wingtips.   It has "vectored thrust", meaning servos can chance the angle of the motor/propeller.   The creator says that ailerons take 2 servos also so the weight is about the same but if you drop fast in hover mode the ailerons can have air going over them backwards so the control becomes backward.  Also, when very near the ground in "ground effect" there can be very little air going over ailerons,  so very little control.   So for landing "vectored thrust" has advantages.

His comments make me worry some about my plan.   It may be that if we don't descend too rapidly while in hover and if we catch it by hand before it is too close to the ground we will be ok.   My feeling is that vectored thrust would make landings a little easier but in my case that is a few seconds of an all day flight.  Optimizing for landings at the expense of efficient cruise seems a bad tradeoff for me.  I think having the motors fixed and ailerons will be more efficient for cruise.

It seems that for electric planes the wing tip propeller idea is very good.  For gas engines it may not have been practical.  A failure of one engine would make using the other not possible as the thrust was so off center that it would turn the plane.  Gas planes have a much higher failure rate than electric.  They are also bulky compared to electric.  If the engine is in the main fuselage it does not add to drag, for gas this is more significant.

I think as we get electric airplanes that wingtip propellers will become common.